An Introduction to Black History Month 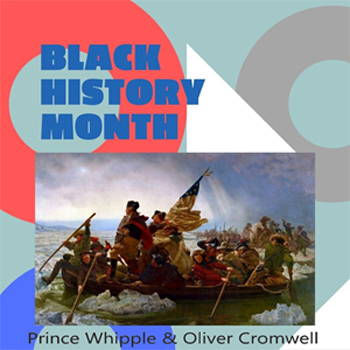 Black History Month is to recognize and celebrate the achievements of African Americans. Since 1976, every President has designated February as Black History Month. Throughout the month of February our office will highlight some of the achievements of some of the known black American heroes who overcame barriers and were “firsts” in many areas. To begin our celebration of their accomplishments, and give an introduction to this week, I will quote from a book by David Barton, published by WallBuilder Press, entitled American History in Black & White.
African American history – so much of it is truly unknown today. For example, few know of James Armistead – a black patriot and spy who helped make possible the 1781 Yorktown victory during the American Revolution that established America as an independent nation.

Or Peter Salem - a black patriot who was a hero in the 1775 Battle of Bunker Hill; he also fought as one of the legendary Minutemen and was a solider at the Battlers of Saratoga and Stony Point. In fact, a monument was erected to his memory in Massachusetts to commemorate his life and deeds.

And in the famous picture of the 1776 crossing of the Declaration on Christmas night, two men depicted at the front of the boat included Prince Whipple and Oliver Cromwell – two black patriots who served with George Washington and other American generals during the Revolution.

While this part of our history is unknown today, Americans knew this information in previous generations because of black historians such as Williams Nell. Nell was an award-winning young scholar in Boston during the 1830s who studied law an became the first black American to hold a post in the federal government. In 1852, he authored Service of Colored Americans in the Wars of 1776 and 1812, and three years later he penned The Colored Patriots of the American Revolution.

Despite such extensive works, many of our early black heroes and patriots are unknown today; and equally unknown is much of what occurred in black political history. That history will surprise and shock many, but it is a history based on indisputable facts and documents.