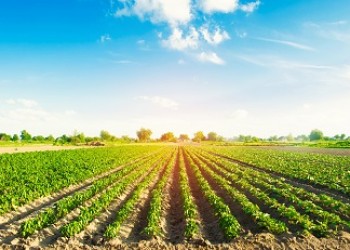 In the late 1990s, two class-action lawsuits were filed on behalf of African-American farmers against the U.S. Department of Agriculture (U.S.D.A.). These actions alleged that the USDA discriminated against African-American farmers on the basis of race. The claimants' primary allegation detailed systematic denial of African-American farmers of access to certain farm loans and benefits. Through the work of the judicial system and the federal government, the class-action lawsuits were ultimately resolved and a fully funded settlement agreement was reached after over a decade of work. From November 2011 until May 2012, claims were submitted by farmers or their heirs for a portion of the settlement proceeds which exceeded one billion dollars.

Due to the age of some of the claimants and the extended period of the litigation, many of the farmers died before the payment of their claims. This issue has left the heirs of many of the claimants having to deal with the process of probating their parents' estate in order to have access to the payment of those funds. If a claimant died within the past ten years, the process is very simple. The claimants' proper heir can go to the appropriate Probate Court and open an estate to get appointed as Personal Representative. The USDA has been willing to pay the proceeds upon receipt of a Certificate of Appointment from the Personal Representative. However, if the claimant died outside of the ten-year time frame, it would be necessary to have a hearing in front of the Probate Court of that jurisdiction. At such hearing, the Probate Court would determine the appropriate heirs to receive a portion of the settlement proceeds and would also appoint the proper party to receive and disburse the settlement proceeds on behalf of the farmer's estate. This process is called a Petition to Determine Heirs.

It is always advisable to discuss the important probate issues related to receiving settlement proceeds as an heir to a claimant. An attorney can provide advice as to the probate process and potentially file the necessary petition to secure the money in a timely manner.

Please do not hesitate to contact my office to discuss your specific needs in greater detail.