D Day: A Reflection by Gary I. Finklea 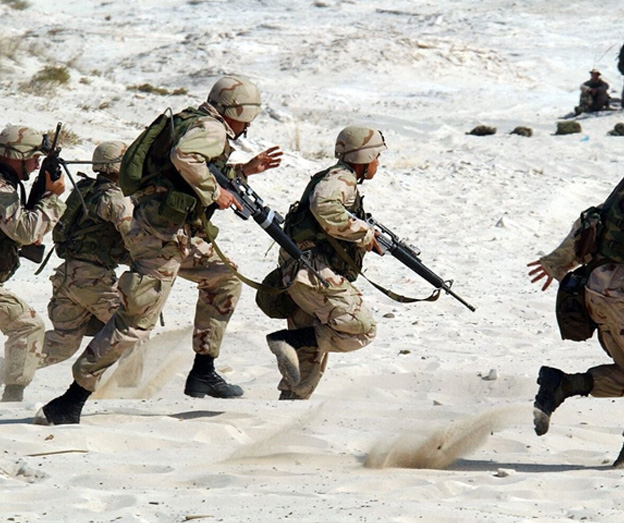 Today we honor the bravery and sacrifices of those who conquered Omaha Beach during the Normandy Invasion. While many recognize that today is the 76th Anniversary of D-Day, not as many understand the details of the amphibious landing which make the recognition of the invasion that more meaningful.

By way of background, Germany occupied France and the Allied nations sought to liberate France and counter the German aggression. To do so, they planned an amphibious landing onto the Normandy Beaches in France from Britain. Omaha Beach was the responsibility of the United States. The Germans were obviously aware of the importance of the northern coast of France and therefore heavily fortified the coast. In fact, the Germans had placed most all of their assets on the coast itself in hopes to stop any invasions at the beaches and therefore neglected the defense inland. I find the biggest misconception with the invasion is the landscape of the beach itself - many think the beach was similar to the Atlantic Coast where there is a smooth and fairly flat coastline. That is not the case with the Normandy beaches. The beach itself is over three hundred feet wide at low tide. At the hightide water level, there is a good twenty feet of pebbled rock called shingles. After the rock are sand dunes similar to the dunes that we are familiar. Past the sand dunes is another two hundred or more feet of sand that then lead to cliffs over 100 feet tall. At the top of these bluffs were concrete bunkers of various types with troops who manned automatic weapons and heavy artillery guns.

The strategy for the Allied invasion was for strongholds to be overcome on the coast and “exits” be gained from the beach over the cliffs to the inland. These natural exits off the beach were the main targets in the initial assault plan and were strongly defended by the German troops.

During the invasion, the troops were met with four lines of obstacles. First “Belgian Gates” with mines were placed a hundred or more feet offshore so they were undetected at high tide. Next was a continuous line of logs driven into the sand also with landmines attached. Following that were wooden “ramps” formed out of logs which in essence caused the ships to tip over. Landmines were also attached to these ramps. The final line of defense was a continuous line of “hedgehogs” placed in between the shoreline and cliffs. There were also landmines scattered on the shore and in the cliffs.

As you read the historical account of the invasion itself, so little went as planned. Many ships carrying troops were overcome with water and sank. Other boats happened to stay afloat but only because the soldiers bailed out water with their helmets. Troops were seasick, vision was obscured by smoke and fog. Some troops were discharged on the sandbar and therefore had to wade with heavy equipment from the sandbar to the shore. Many drowned. Tanks faced the same fate. They were sometime released in water that was too deep and they sank. For those soldiers that safely made it to the shoreline, they were faced with making it through the defenses erected on the shoreline earlier mentioned while being shot at with automatic weapons and artillery strategically placed in the cliffs. The troops fortunate enough that made it to the shoreline became easy targets as they could not make progress across the exits in the cliffs off of the beach. Because the planned exits off the beach were too fortified, brave troops began to scale the steep cliffs to work to get through and behind the line of coastal fortifications. The victories at Omaha Beach were slow but once Allied troops were able to overcome the massive coastal defenses, open useable exits, entry to the mainland of France was open. The exits from the beaches became like freeways in the days ensuing as troops and equipment were deployed to the beaches of Normandy into France.

Of course, it is well-known that more than 4,000 Allied troops lost their lives in the D-Day invasion. Thousands more were wounded and missing. This invasion remains the most massive amphibious landing in history.

When I visited the Normandy American Cemetery when I was in college with a study group, we were met with the same mist and haze from the English Channel as the troops. Later that morning as the mist receded as a curtain would from a stage, thousands of perfectly symmetrical tombstones appeared in every direction across the cemetery. I began to think of the last moments of the lives of these men laying before me who died trying to conquer the beach on June 6, 1944. As I began to imagine, the mist began to look like smoke fired from weaponry; the air smelled like gunpowder. The silence turned to uproar – officers shouting orders, guns bombarding, men taking their last breath. I was moved remembering the invasion.

Furman Henry Finklea was born in 1914 in Hyman, South Carolina, less than a mile from where I was raised. Although he successfully crossed Normandy beaches, he died shortly after the invasion in France on August 1, 1944. His remains were returned from the Normandy Cemetery to Beulah Baptist Church in Hyman. It is to my forefather, Furman H. Finklea and those who he served with in World War II that I am grateful for on this day. Also ever since meeting Riley Propps while he worked as a Florence Court Bailiff. I don’t think about World War II or Normandy without thinking Mr. Riley. Mr. Riley was an Army veteran who served in the Second Armored Division from North Africa to Sicily to Normandy to Belgium, to Germany and in the famed Battle of the Bulge. Mr. Riley was 96 when he passed December 17, 2018.

This is also a good occasion to remind ourselves of one of the principles of our Founding Fathers which is that we as free people and a free nation will not survive unless we maintain a strong military. To reflect on the thoughts of one of our founders, Benjamin Franklin wrote, “The very fame of our strength and readiness would be a means of discoursing our enemies; for tis a wise and true saying, that “One sword often keeps another in the scabbard.” The way to secure peace is to be prepared for war. They that are on their guard, and appear ready to receive their adversaries, are in much less danger of being attacked than the supine, secure and negligent.”

George Washington, one of the greatest military leaders and presidents ever stated, “A free people ought not to only be armed, but disciplined; to which end a uniform and well-digested plan is requisite.”

Therefore, let us never forget that while peace is the ultimate goal, our country needs to remain the greatest military power of any nation! Thank you to all of our veterans and their families.