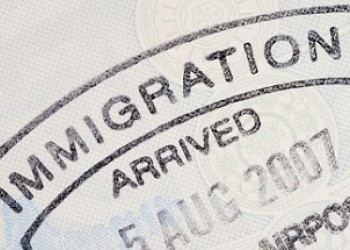 Now that the Presidential election is behind us, many questions and concerns relating to Deferred Action for Childhood Arrivals ("DACA") can be laid to rest.

While many people believe that immigration enforcement is at an all-time high, USCIS, under the Obama Administration, has taken steps over the past several years to transform the immigration enforcement system into one that focuses on public safety, border security and the integrity of the immigration system. In other words, the Department of Homeland Security ("DHS") is focusing on the removal of individuals who pose a danger to national security or a risk to public safety.

For those reasons, certain people who came to the United States as children and meet several key guidelines may request consideration of deferred action for a period of two years, subject to renewal, and would then be eligible for work authorization and a Social Security number.

Deferred action is not automatic…it is a discretionary determination to defer removal action of an individual as an act of prosecutorial discretion. Most importantly, deferred action does not provide an individual with lawful status or a way to obtain a green card, permanent residency, or citizenship.

You may request consideration under DACA if you:

Were under the age of 31 as of June 15, 2012;
Came to the United States before reaching your 16th birthday;
Have continuously resided in the United States since June 15, 2007, up to the present time;
Were physically present in the United States on June 15, 2012, and at the time of making your request for consideration of deferred action with USCIS;
Entered without inspection before June 15, 2012, or your lawful immigration status expired as of June 15, 2012;
Are currently in school, have graduated or obtained a certificate of completion from high school, have obtained a general education development (GED) certificate, or are an honorably discharged veteran of the Coast Guard or Armed Forces of the United States; and
Have not been convicted of a felony, significant misdemeanor, three or more other misdemeanors, and do not otherwise pose a threat to national security or public safety.

If you believe that you meet the above criteria for DACA consideration, please contact Finklea Law Firm to discuss your particular circumstances and decide whether applying for DACA is right for you.