Importance of Proving Mental Capacity for Executing a Will 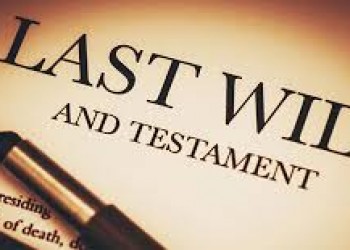 Often, as lawyers, we are requested to prepare wills for individuals when they have been diagnosed with a severe illness or are advanced in age. Although mental capacity to make a will is always an issue, it is particularly concerning in these situations.

Just this past week, I deposed a lawyer who prepared a will for a person whose children have now sued to set aside the will and other lifetime transfers made to the Testator's sister, who he lived with and who provided for him for years, if not decades. Unbeknownst to the lawyer, the Testator had just recently been diagnosed with dementia. In the same week, I prepared a will for someone who had recently been diagnosed with cancer and was only given a few weeks to live. At the time of the execution of the documents, I had grave concerns regarding her capacity based upon her condition.

South Carolina law provides that "a person who of sound mind and who is not a minor…may make a will." Although our legislature made that law, interpretation and application is another thing, and therefore, we have had many court decisions weighing in on what it means to have a sound mind. Generally, a testator, the person making the will, must have the ability to know the following:

Therefore, the general practice in our office as well as the standard in our profession is that we first inquire as to what property the testator owns. Second, we ask him or her to name its family members. Third, we inquire as to how he or she would like to dispose of the property and why. With these questions answered, generally, we can determine whether a person has appropriate mental capacity to execute a will.

The mere fact that the testator disposes of property contrary to what others usually consider fair is not sufficient to declare the will void. A will can even be what others may consider to be an unfair or unjust disposition of property. Basically, the law puts no restrictions on a person's right to dispose of property in any way in which he or she may choose.

The degree of capacity necessary to execute a will is less than that needed for an actual contract. The Court of Appeals has held that even an insane person may execute a will if the execution is done during a sane interval. One of the most referenced cases in South Carolina is one from 1827. In that case, the testator was disturbed with strange beliefs of witches, devils, and evil spirits, which he believed continually worried him. He wore unusual clothes, slept in a hollow log, and exhibited a other odd and unusual behavior. Despite these idiosyncrasies and abnormalities, the Court found that the testator was able to manage his affairs and the evidence did not rise to the level necessary that the disposition of his property stated in the will, which may be unjust to his family, was not an irrational act.

Of course, even though the law is very clear as to whether or not a person has sufficient capacity to make a will, proving that in Court is quite another matter. In the event the testator or someone in his or her family believes there may be a will contest because of diminished mental capacity or other health issues and competing family interests, the attorney should be made aware by the family members, and the attorney should make special precautions to preserve his notes or a record in case he is called to testify regarding capacity in an action to contest a will. Further, with modern technology, it would be very easy to video the lawyer's conversation with the testator as well as the will execution process to preserve a record to establish capacity.

Executing a will is only good if it is done properly. The orderly disposition of a testator's property in accordance with his or her wishes is an important matter, and the above concerns should be considered in the preparation of all wills, particularly those where a person is advanced in age or health is failing. With proper legal advice, these problems and protracted litigation can be avoided.