You May Not Be Insured While Driving Someone Else's Car! 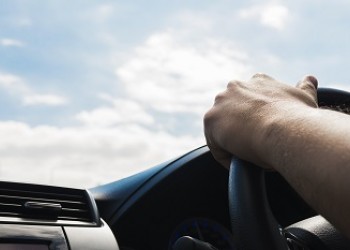 In an effort to cut costs and maximize profits, many insurance companies look for ways to exclude coverage and not pay a claim. One recent trend that I have detected is insurance companies denying coverage for "hidden drivers". Based upon this approach, it is imperative that you disclose all drivers and household members when procuring auto insurance coverage.

In the insurance companies' defense, they should not have to pay for claims for "hidden drivers" who should have been listed on a policy, especially when the failure to disclose that driver was intentional in order to obtain a lower premium. However, some of the situations wherein "hidden drivers" can be excluded for coverage are seemingly unfair and may surprise you. For example, consider a 20-year-old child who returns home from college or from military service during Christmas break and borrows the parents' car. Consider a live-in boyfriend or girlfriend who regularly borrows your car. Also, consider a 14-year-old who turns 15 during the policy period and obtains a driver's license. How about a carpool situation where you and your co-worker not only alternate taking each other's vehicle, but because the trip is so far, one drives on the way to work and the other drives on the way back such that your co-worker drives your vehicle while you are a passenger and vice versa.

All of these situations should cause you to consider whether any of the "hidden driver" exclusions apply to you. Generally, insurance companies require you to disclose all family members within the household and all persons who regularly operate your automobile.

To give you some real life examples of when an insurance company may deny a claim when a vehicle is operated by someone who is not listed as an insured under the policy, consider the following recent accidents:

On May 29, 2012, a 15-year-old who recently received his license was operating his mother's vehicle. As another vehicle ran a stop sign, the teenager swerved off the roadway to avoid a collision, struck a tree, and damaged his mom's vehicle. Since the at-fault vehicle was never located, mom attempted to make a John Doe claim for uninsured motorist coverage with her insurance carrier, Everest Insurance, to have her car repaired. Everest denied the claim on the grounds that her son was not a listed driver and the vehicle was regularly supplied for his use. Additionally, there was no coverage for the son to recover for his personal injuries.

On August 6, 2012, a 22-year-old was driving her mom's vehicle from work when she was rear-ended. Although the at-fault party was insured and his carrier should pay the property damage and personal injury claim, the driver attempted to make a claim for PIP benefits (Personal Injury Protection a/k/a medical payment coverage) with her mom's carrier, Peak Property and Casualty. The claim was denied since the daughter was not listed on the policy.

Although you may be insured, make sure your policy adequately protects you and those who may operate your motor vehicle. Discuss your situation with your agent and confirm whether coverage should be procured or not procured in writing with your agent. Far too many times, I see less sophisticated agents or more often their unlicensed employees providing erroneous advice regarding coverage. When it comes time to make a claim related to that coverage question, that agent or their employee may deny giving that course of advice.

HAPPY NEW YEAR AND PLEASE CALL THE FINKLEA LAW FIRM IF YOU HAVE AN INSURANCE COVERAGE QUESTION OR DISPUTE OR FOR ANY OTHER LEGAL MATTER!